Viewing his life from a spiritual perspective


I read an article in the New York Times recently that gave me a picture of George Floyd’s life. Before that, I hadn’t known very much. I wasn’t sure how to connect the experience of an African-American man from the inner city with my own.

In the article, I learned that George played both football and basketball in high school. I was an athlete, too, although I wasn’t as good as George, who people say could have made the pros. But playing on a team is the same in many ways, no matter what level you’re at.

George was the guy on his football team who used humour and encouragement to rally his teammates’ spirits when the chips were down. I think my teammates and I more or less shared that role, but I do recognize it as a vital one.

There was a caption in the Times about George catching a touchdown pass. I couldn’t find the photo, but I recall the pure grace of my friend Rick Barber catching touchdown passes. And that memory connected me with something else I read about George, when he was in high school or shortly afterward.

He was growing, the way teenage boys do, as if they’re on a bullet train through their emotions. It can get pretty heady. “I want to touch the world!” one of George’s high school friends remembered him saying, during a conversation about their hopes and dreams.

The difficulties of realizing dreams

Most of us feel the way George did, at the zenith of our adolescent years. We haven’t really been out in the world. The sky appears to be the limit. George was a star athlete. There was no reason for the sky not to be.

Then, as we try our wings, all sorts of things get in the way of realizing these dreams. For me, it was LSD and some things it brought up from my childhood that interrupted my flight, in ways that might easily have become too much to recover from. (I’ve been incredibly fortunate in this lifetime.)

For George, there were drug problems, and later, an attempted robbery that put him behind bars for four years. These were statistical likelihoods in the milieu of his upbringing, due to events that began with his ancestors’ captivity, forced migration and—because of overweening cruelty in his supposedly Christian nation—supposed “ownership” by another human being. I simply have no analogy for those conditions in my own life.

I narrowly made it out of my twenties, in this lifetime. George made it to 46. The Times article said he was doing pretty well in Minneapolis until, several weeks ago, his life was cruelly interrupted. I believe he’ll be back (in a new incarnation), and partly because of the support he’s lent to the cause of Justice, he’ll receive a push and overcome all the adverse factors. 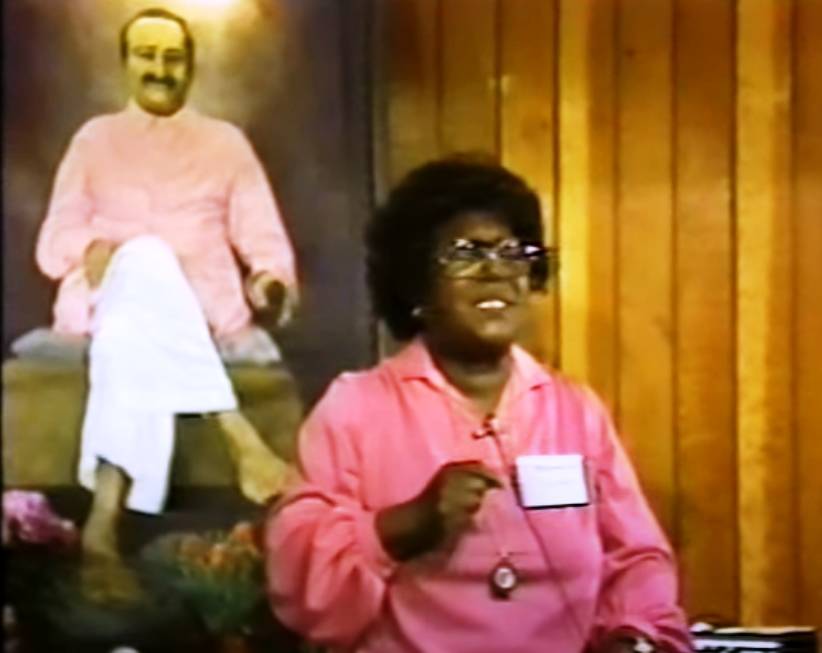 Bernice Ivory speaking in southern California in 1983, sharing memories of her learning of Meher Baba and then meeting him in Myrtle Beach, South Carolina in 1956.

It’s a curious thing, the intersection of the circumstances of our birth and who we are. From a spiritual perspective, none of us is any particular race or gender. We’ve likely been all races, genders and ethnicities. We’ve likely been victim and aggressor, minority and majority, wealthy and poverty-stricken. The circumstances of each birth are, from the Teachings I’ve read, precisely determined to be optimal for our spiritual growth.

One of the most eye-opening vignettes I’ve seen about this matter is part of a talk given by Bernice Ivory, a wonderful African-American woman who was a disciple of Meher Baba. Bernice first met Baba at the Meher Spiritual Center in Myrtle Beach, South Carolina in 1956. In 1958, Baba returned to Myrtle Beach, and so did Bernice. There wasn’t enough room at the Center to accommodate everyone, and at that time, the American South still practiced racial segregation. Bernice and one of her two sisters had to stay at the “coloured motel” in town. A bus drove them to the Center for each day’s activities.

During the main interview that Bernice and her sisters had with Meher Baba, he asked whether she’d encountered prejudice in town. Bernice said no. Then Baba went on to muse aloud, in a somewhat hypothetical-sounding way, about a former lifetime in which she’d snubbed an African-American. That, he added, was what made it spiritually necessary for her to be born black. The reason for this was so that she could learn, firsthand, the difficulties such a life entailed. (This topic runs from 43 to 49 minutes into the video.)

Viewing matters from a perspective of this spiritual depth can be profoundly eye-opening. We don’t all have a Master who can accurately tell us the karmic reasons why something had to happen, but the general rule that kindness and thoughtfulness create positive karma, and selfishness brings the need for “remedial work,” is a simple thing to remember.

These deeper dimensions don’t at all invalidate the struggle for justice, equal opportunity and freedom from the fear of being shot dead (or choked to death) by the police for a petty offense (or none at all).

Ideals and this world 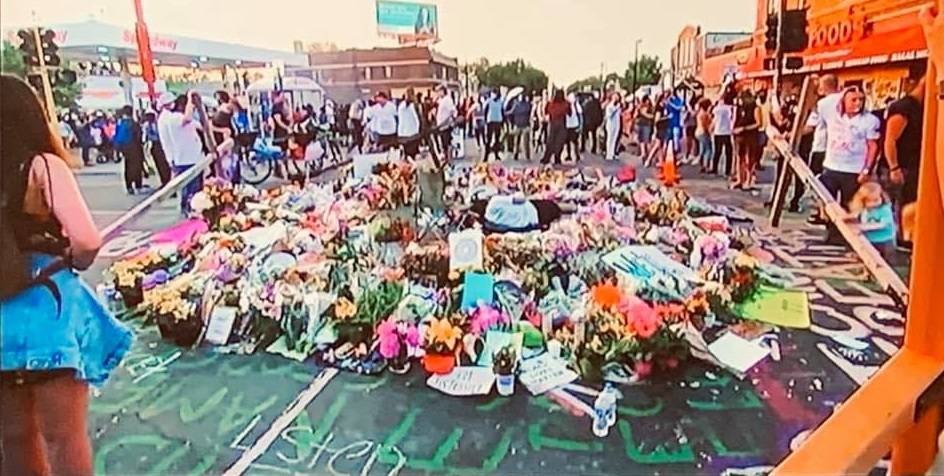 The site of George Floyd’s death, turned into a shrine to his life.

Millions of people all over the world—not all of them Christians, either—pray with these words Jesus gave his disciples: “Thy Kingdom come, Thy Will be done on Earth, as it is in Heaven.”

This line of “The Lord’s Prayer” expresses an ideal. The ideal may ultimately represent a spiritual state of perfection that’s not entirely attainable on Earth. However, for a person motivated by spiritual values, being part of the effort to help bring the world closer to the ideal is a necessity. 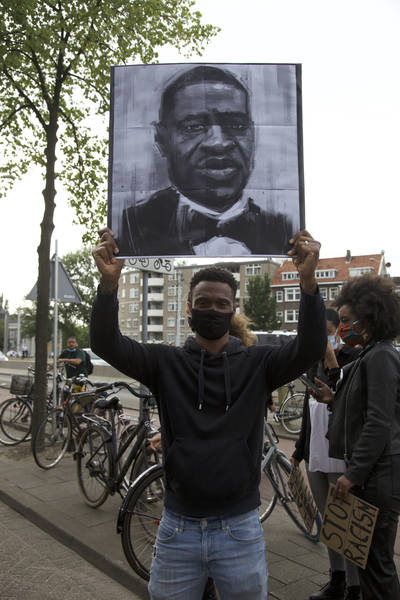 Even though the world seems terribly chaotic, there are many signs of progress. Witness, for example, the unprecedented decrease in violent crime in America in recent decades. Witness the massive response to George’s death, across the barriers of “race,” culture and even international boundaries!

It’s really a no-brainer that a person who professes to be “into Love” would wish to see everyone—each of us being an individualized form of the Oversoul—receive a genuine birthright of life, liberty and the pursuit of happiness, unencumbered by received prejudices and injustices.

The cause of spiritual freedom, however, isn’t an easy cause to work for. The following words powerfully attest to that truth.

It is not by accident that people are divided into the rich and the poor, the pampered and the neglected, the rulers and the ruled, the leaders and the masses, the oppressors and the oppressed, the high and the low, the winners of laurels and the recipients of ignominy. These differences have been created and sustained by those who, through their spiritual ignorance, are attached to them and who are so much settled in perverse thinking and feeling that they are not even conscious of their perversity. They are accustomed to look upon life as divided into inviolable compartments, and they are unwilling to give up their separative attitude. When you launch upon your spiritual work you will be entering into a field of divisions to which people desperately cling, which they accentuate and which they strive to perpetuate consciously or unconsciously.